skip to main | skip to sidebar

This dream was kinda fun haha. I was going to the airport with Henry and Gary. We're heading off to some international trip. I know we're first going to Thailand, and then I think we were going to Korea afterwards. Anyways Henry and Gary put their stuff through the xRAY thing and I'm walking with them WITH my backpack on. I totally forgot to put it on the conveyor. So I take my laptop out and put it in, with people glaring at me cus I'm holding up the line. When I go to get my stuff, I don't see it come out! The craziest part is clear plastic bags of FRIED CHICKEN start coming out of the machine. wth is goin on!? Apparently some tour group says they're having a party on the plane?? 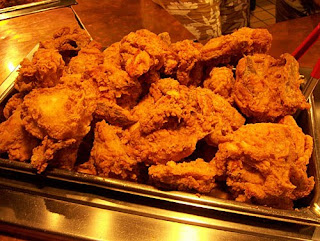 Then we're waiting around for the plane and I realize that I did not prepare for this trip AT ALL. Cus all I have is my backpack and thats it. Luckily I had almost everything in my backpack. It was weird, its a medium sized backpack, but when I opened up the small zipper part, I found almost all my stuffed animals in there. This girl was sitting with us and she was like OOO!! stuffed animals! so i gave her one haha.


Then I had this really weird dream with people that I didn't recognize.  I was on this grungy looking bus and it looked like it was in black and white.  I'm not sure where I'm going.  Some armed men suddenly rush on the bus and start hassling people, grabbing collars and throwing people down.  They're about to take this one little girl (Meg) away when suddenly a woman (Maria) freezes everyone with her magical powers.  She starts unfreezing all the innocent people and takes Meg off the bus.  Meg starts to get really attached to Maria, because she basically saved her life.  But Maria is kind of cold and distant and says Meg needs to be with Ms. Lydia.  They enter a school and I enter too, with Maria taking Meg to Ms. Lydia.

Apparently it's a middle school, and I'm attending.  Maria is my teacher so I go into the class room. It looks alot like one of the classrooms I had at PMS.  It's pretty much the first day of school and I notice the teacher has on the bulletin board screenshots of her status on FarmVille?! haha I remember thinking, hmm pretty cool teacher.  Then two chinese German speaking guys come in and I'm thinking this must be the German movie that Andy was talking about.  All of a sudden form the corner of my eye I swear I see the teacher suddenly appear through the chalkboard.   I was like wtf.  So I press rewind? and verify that yes, she did appear through the chalkboard.  Thats all I remember haha.  I think this dream means I'm crazy. 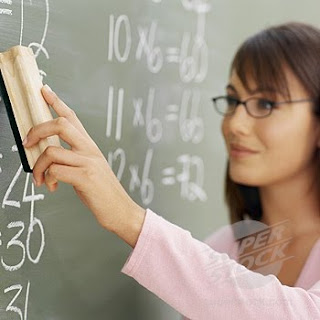 So I'm going to a Warriors game by myself for some reason. I'm walking into the arena and right next to me are a few basketball players that I don't recognize. Then all of a sudden I see this tall asian dude with long hair, it's my friend Alex?! Now Alex is a tall guy, but in the dream he was like 7 feet tall. We start heading to our seats, but he starts ranting about not being able to find parking cus the parking's all messed up so he decides to leave. I'm walking out with him to say goodbye, cus I paid for my ticket and i aint leaving right? WRONG

Here's the weird part. I look down at my ticket, and it's a HUGE BUTTERFLY the size of.. a textbook or something. Then I wake up in a cold sweat (haha maybe not, but thats all I remember).

This dream actually links to some stuff in real life.. Alex talking to me about going to a Hockey game, a friend telling me about unorganized parking at a NFL game, and I watched King Kong that night which had a whole bunch of XL insects. Stir them up together, and you get a nifty little dream.
Posted by Chun Lick at 11:03 PM 1 comment:

Here's a geeky dream that I had. And it's about the future! ok it's not that exciting.

wow, one of those dreams that you don't wanna wake up from. snap back to reality!
Posted by Chun Lick at 8:52 PM No comments:

This was an interesting dream..

I remember going into this house that I did not recognize, actually it looked a lot like G's house, but slum version. G, H, and A were there and they had 'chalk' with them. We all used the 'chalk' and had a great time. Andy finds these instructions to create fake 'chalk' with raisins (it made sense at the time) so we do it. We end up with a ton of fake 'chalk' which we take to the streets to sell. We make a boatload of moneys.

Next part, I'm hanging out with AK and his 2 year old toddler son. His son starts swinging on these construction structures and drops like 1 story down and starts laughing. I start panicking because i didnt know how far the hole fell. But luckily his son was some atheletic genius and was safe. All of a sudden I see AVM and.. yep

When I wake up, Dillon tells me I've been sleep talking again: